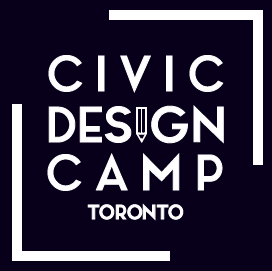 Joeri kicked off the day and introduced three great speakers on design challenges, approaches and obligations towards improving citizen involvement for creating a better world:

Nigel explained that New Urban Mechanics is the R+D lab for the Mayor of Boston. They cast a wide net for ideas, try them out as quickly and cheaply as possible and embrace failure as success - if they're not failing, they're not trying enough new and different things - failure leads to innovation. 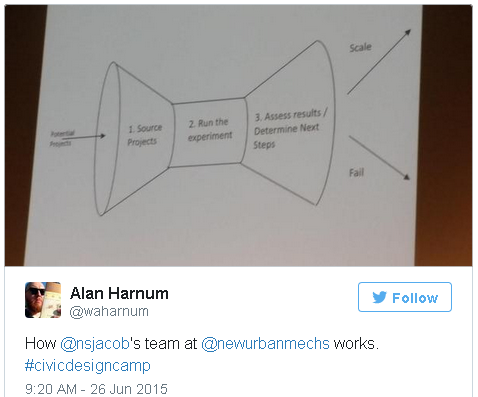 Nigel talked about a bunch of the projects they had worked on. One of the coolest being the mobile city hall; a truck that can drive around to different neighbourhoods offering many of the city services like access to marriage and pet licenses. 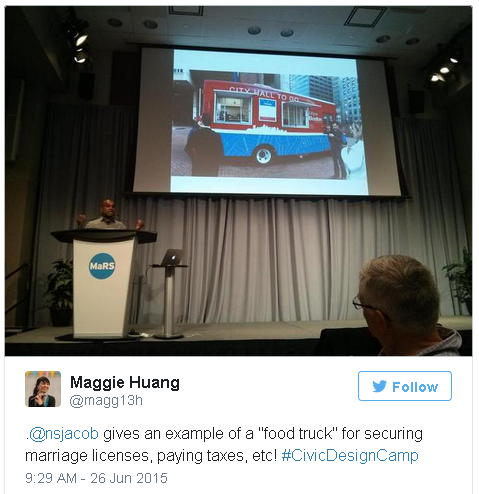 Katie Verigen summed up Nigel's three main points with respect to citizens and governement working together in her sketchnotes as: 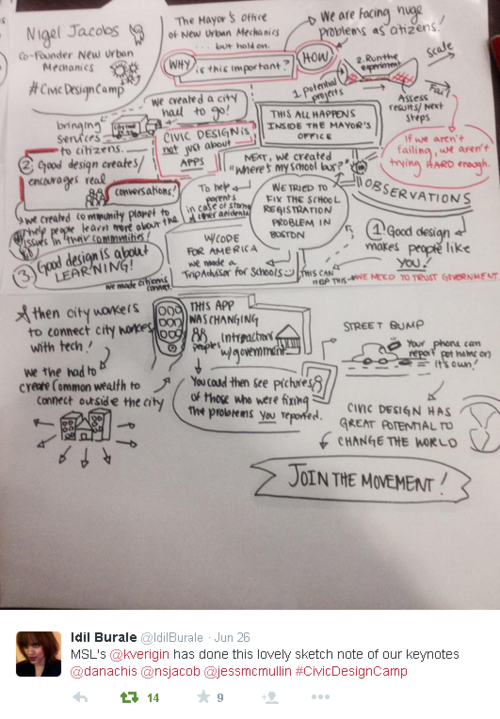 Next up was Jess McMullin talking about Big Picture Design and the interconnectedness of systems, strategy, policy and delivery caught in a rising storm of complexity. His first example was of water pipes breaking in a hospital in Edmonton. Getting this fixed seems like an easy thing to do but factor in the oil-based economy and current low prices and it becomes more complicated. Things that seem easy, can result in problems if you don't keep the big picture in mind when designing - a couple other examples: 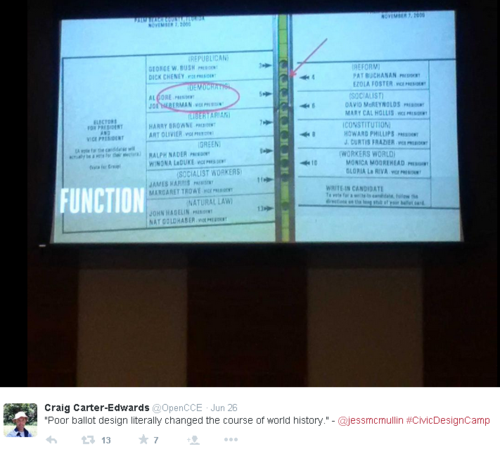 Going further, Jess talked about Healthcare.Gov placing one big bet on 80 contractors versus breaking the challenge down into chunks and making some smaller, less risky bets. Their focus on the interface lost out to cultural issues.

In looking at the big picture, spend time up front where the cost of changes is low. 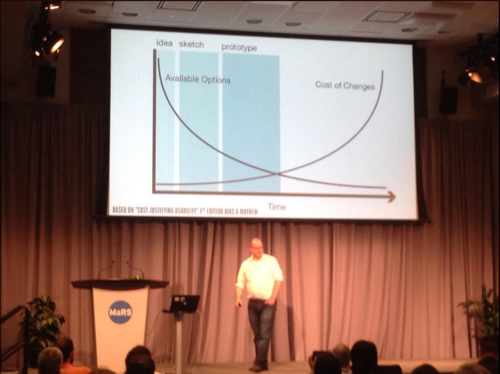 As a positive example, he used the California State Tax Ready Return that does your taxes for you. It sends you the statement and if you agree, you just pay what it says. This is easy fir tax payers and easier for the government to collect - everybody's happy (at least relatively).

The third and final keynote speaker was Dana Chisnell, co-founder of the Center for Civic Design. Dana had a number of great points for civic designers to consider when engaging with government:

And perhaps Dana's most important note on design: focus on problems! 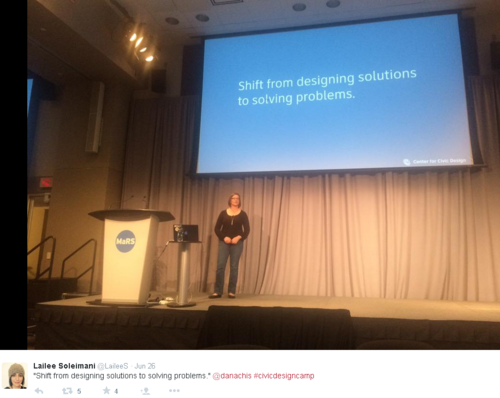 In an upcoming post we'll talk about the Civic Design Camp Unconference, design challenges and solutions - see you soon!

You can see more about the Civic Design Camp from Amanada Judd on Storify: